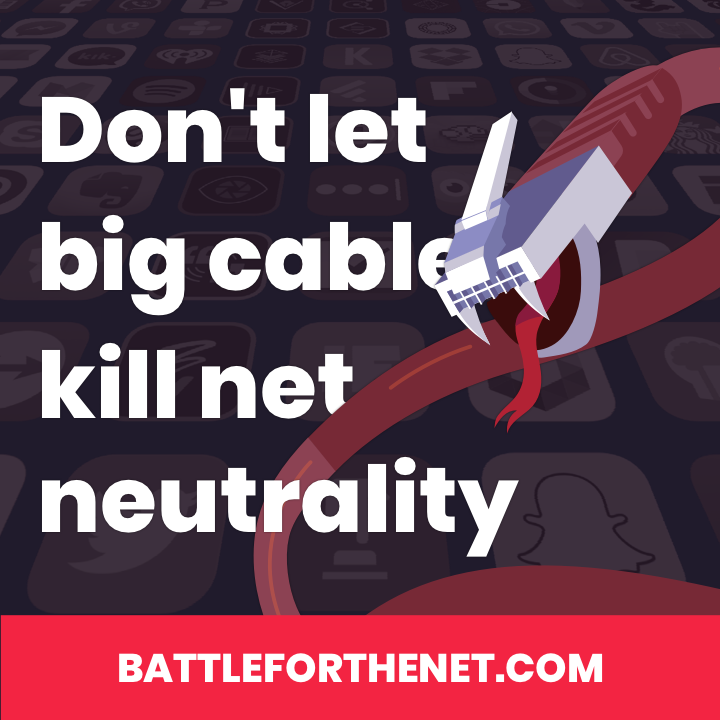 Tumblr, we know you’ve been fighting valiantly to restore net neutrality. Whether you added widgets to your Tumblrs, or reblogged posts to spread the word to your followers, or contacted your reps asking them to keep the internet free and open as we know it—you’re helping. You’re doing it. Let’s keep that momentum up.

BattleForTheNet.com (@fight4future) is letting Congress know that the internet is keeping score of every Congressperson who is and is not supporting the restoration of net neutrality.
Right now you can visit that scoreboard and easily look up whether or not your reps support the Congressional Review Act resolution.

This CRA will restore the net neutrality rules the FCC dismantled back in November 2017. They have 177 signatures, but need 44 more. You can help make that happen. This grassroots effort is working. Just two days ago Rep. Mike Coffman listened to his constituents from Colorado and became the first Republican to support the Democrat-led CRA. Keep putting that same pressure on your congresspeople. Urge them to sign the petition. If your congressperson has already pledged to support the CRA, reblog this post, add the new widget to your Tumblr (just copy and paste the small line of code from Battle For The Net right into the customize theme page on the web), and shout out what’s happening on all of your social media accounts. We have to spread the word.