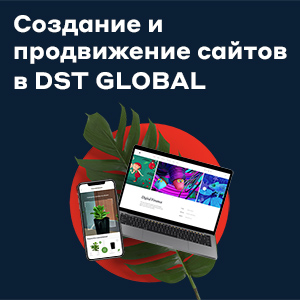 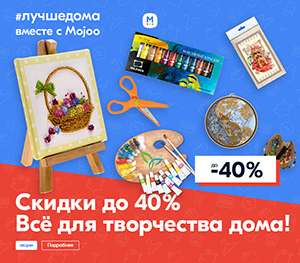 🚨 The FCC plans to kill net neutrality on December 14 🚨

It’s real simple: ISP lobbyists are pushing the FCC to kill net neutrality so phone and cable companies can block apps, slow down websites, and charge fees to control what you see and do online.

Our only chance is congressional pressure and legislative action. But we need grassroots support. Tell your representatives that you support “Title 2” rules and ask for their help protecting a free and open internet.
Go to Battle For The Net to be connected to your congresspeople.

In our ongoing effort to help you all determine your own experience here on Tumblr, we’re launching one of our most requested features: the ability to filter out posts from your dashboard based on their tags.

Trying to avoid #Star Wars spoilers? Filter them out. Need a break from all the #holiday excitement this month? Sheesh, fine. Filter it out. It’s your dashboard. Groom it well.

Where do I set up a tag filter?

That makes sense. Will I know when stuff is being filtered out?

Yup. Just like with Safe Mode, you’ll see a placeholder in your dashboard wherever something is being hidden. If you actually do want to see it, you can click/tap on it, and it’ll appear.

I follow some real nimrods. How can I stop seeing their posts?

Anything else I should know?

Sure. There are lots of other tools for making Tumblr the Tumblr you want to see. You can read about them all in our help center.

Time to make a dancing Tide Pod since those seem to be popular now and I haven’t made a stupid gif in a while.

Today is the first ever Art Action Day. We’re partnering with a group called The Federation to encourage artists and activists to speak out with their art.

We gave you this prompt:

When they write the headlines and history books what do you want them to say? And #WhatWillYouDo to make it happen?

Now we want to share our own commitments for making 2018 the best it can possibly be.
We want 2018 to be a year of Black voices.

To make it happen, we’re going to use Tumblr to double the number of people who see this year's #Blackouts and help create sustainable online spaces of positivity for Black people all around the world. We’ll also be working with Color of Change to increase the number of Black writers and showrunners in Hollywood. Look for some of that next month during our Black History Month celebration.
We want 2018 to be a turning point for gender equality.

During Women’s History Month (and all year long) we’ll be working with NARAL Pro-Choice America end pregnancy discrimination, advance paid family leave, and strengthen the economic security of women and families. And we’ll elevate the stories of sexual assault and harassment from the #MeToo movement, rooted in the idea that bodily autonomy is a basic human right.
We want 2018 to see record voter turnout among young people.

We’re planning four voter registration drives with DoSomething.org to make sure everyone who’s eligible can vote and make their voices heard in the midterm elections.
We want 2018 to guarantee equal rights for everyone.

We’re partnering with Freedom for All Americans to protect the LGBTQ+ community from discrimination, and It Gets Better to elevate LGBTQ+ voices. And we’re throwing everything we can behind the passage of the DREAM Act.
We want 2018 to be the year mental illness loses its stigma.

We’ll be walking for mental health with the National Alliance on Mental Illness (NAMI) to get 10,000 people to sign the Stigma Free pledge.
#WhatWillYouDo in 2018?

If you haven’t made your own commitment for 2018, there’s still time. Draw, make a GIF, write a song or a poem—anything you want! Just tag it #ArtActionDay and #WhatWillYouDo to inspire other people to make their own commitments.

Last night, Justine Skye (@justineskye) brought back Tumblr IRL to celebrate the release of her first album, ULTRAVIOLET, at Lightbox in her hometown, New York.

Justine joined Tumblr when she was 16 and developed lifelong friendships and memories with other Tumblr members who inspired her to follow her dream of becoming a singer. From meetups in Soho to making YouTube videos together to last night’s IRL, Justine’s Tumblr friends stuck with her since day one and are now her most loyal fans.

At the IRL, blank walls were converted to the visual storyline of ULTRAVIOLET, which is about a heroine who fights off bad relationships and survives on her own. Each song on the album was depicted through comic strips created by artist Yale Stewart (@jl8comic). To finish it off, Justine performed songs from the album for the first time.

At the end of the show, Justine came down to hang with fans and took photos, signed albums and connected on all things Tumblr.

Huge thanks to Roc Nation and NUDESTIX for making this night possible, and most importantly, to Justine for bringing her connection to Tumblr full circle through this IRL.

We’ll be rolling out a few exclusives throughout the week, so stay tuned for those. 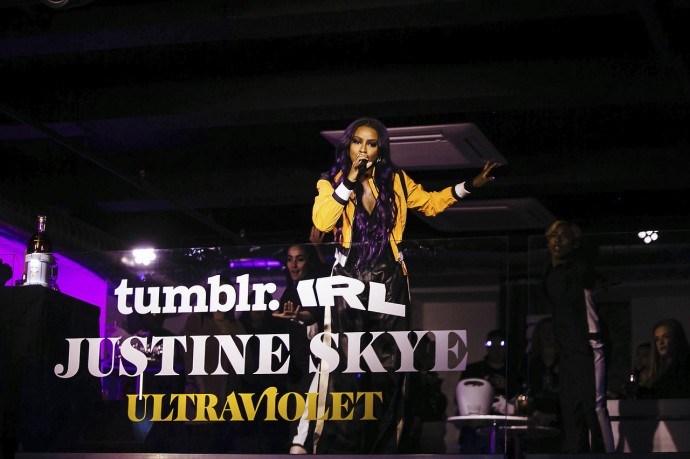 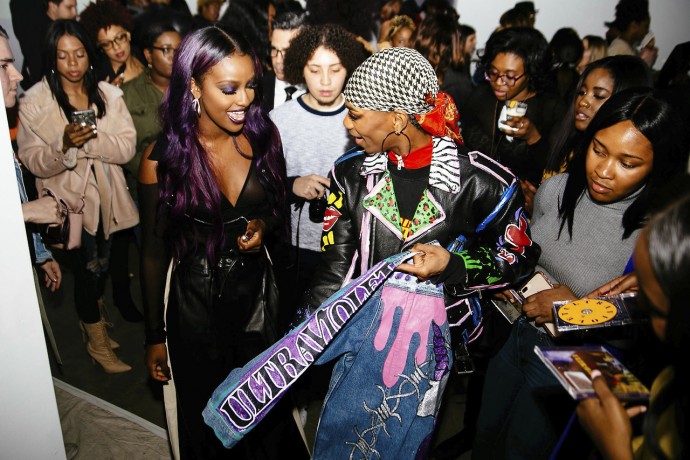 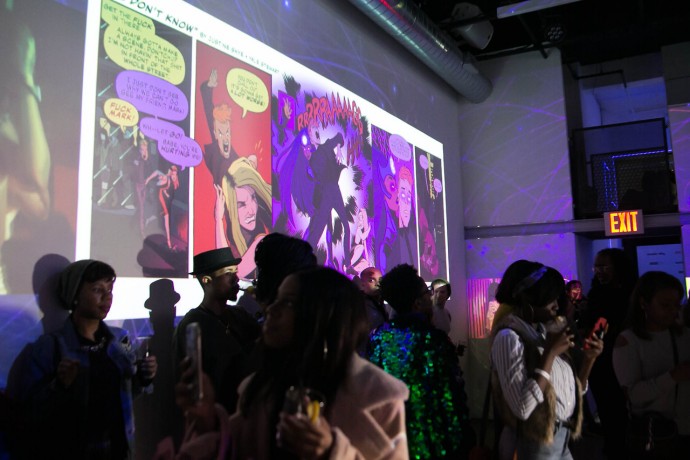 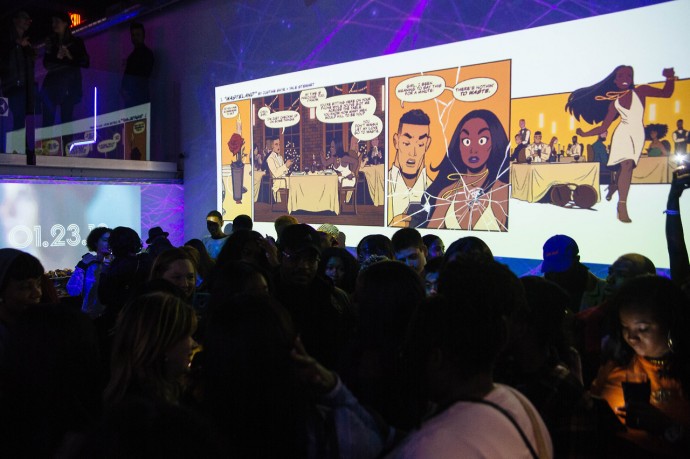 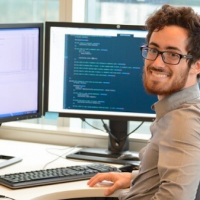 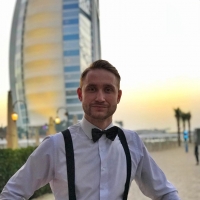 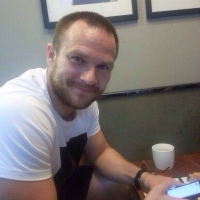 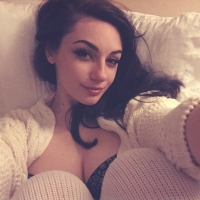 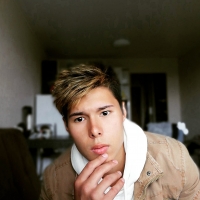 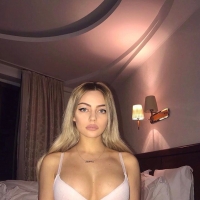 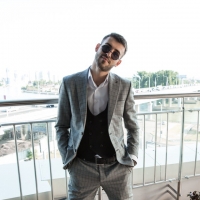 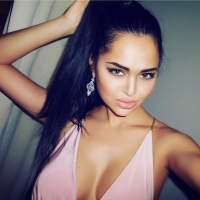 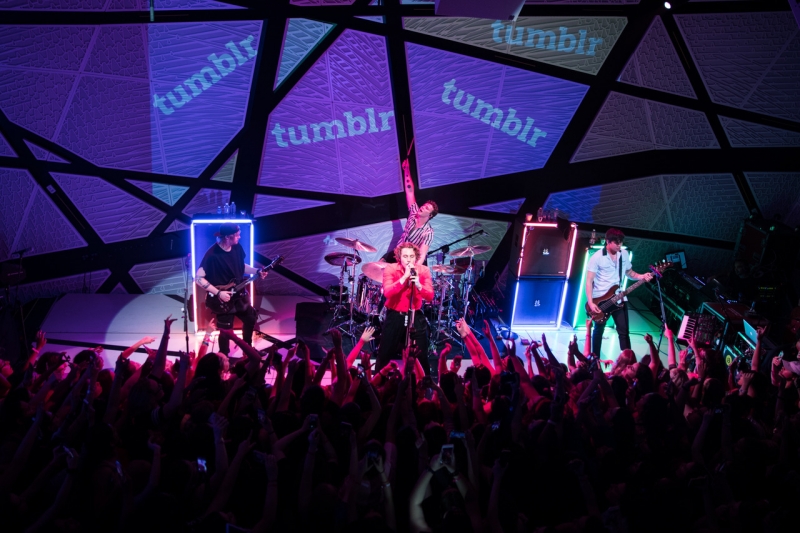 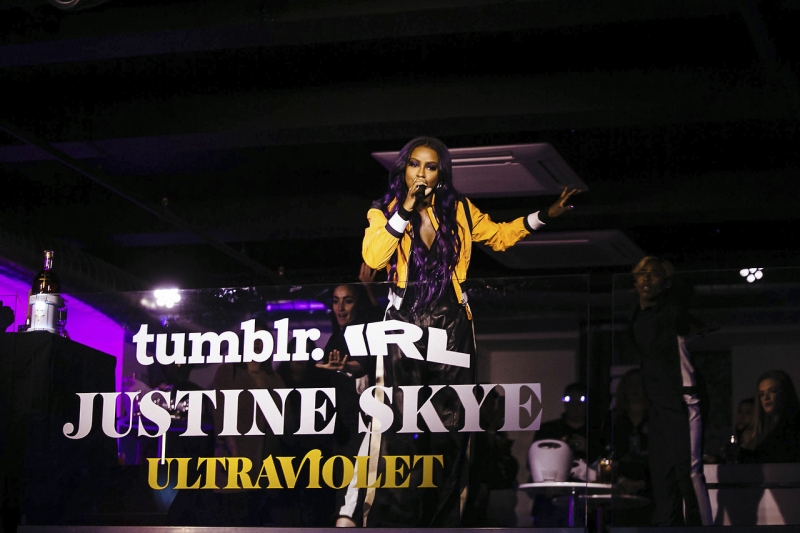 Our Community Guidelines are changing
Контакты